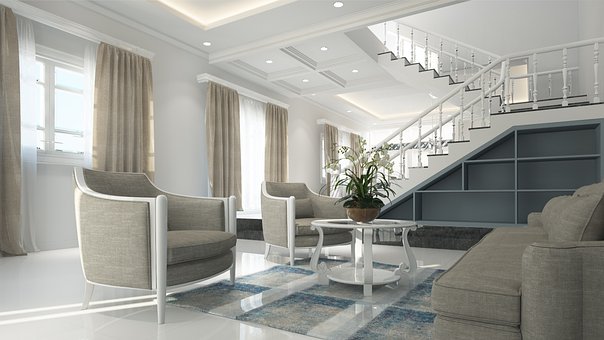 For the past several years, the trend among many luxury homebuyers in the U.S. has been clear: bigger isn’t necessarily better.

Buyers who could easily have sprung for sprawling estates have instead opted for so-called “jewel box” mansions, comparatively small spaces with just a few bedrooms that can be customized to the hilt with cash the owners might otherwise have spent on extra bedrooms or acreage.

As with so many other aspects of day-to-day life, the coronavirus pandemic has turned all that around.

“For the longest time, people have been trending toward smaller and more manageable, simplifying their lives,” said Dana Koch, a Corcoran agent based in Palm Beach, Florida. “Now it’s the opposite. I don’t have a single client right now who’s looking to downsize.”

Preferences vary by price range and region, but buyers in every market are eyeing extra space. “I would say [buyers are looking at] a 20% to 30% increase in size, whether in the number of bedrooms or square footage,” said Stephanie Anton, who was until recently the president Luxury Portfolio International. [She was interviewed for this story before she announced on June 23 she was leaving her post]. “It’s a jump-up a category or two across the board.”

Versions of this trend are playing out in markets all over the U.S., making it an opportune moment for sellers looking to unload extra acreage, and a time for interested buyers to move quickly.

But even buyers looking to make the leap from 4,000 to 10,000 square feet prefer not to feel ostentatious.

“I’ve noticed that buyers do not like to think of it as a ‘mansion,’” said Danny Hertzberg, an agent with the Jills Zeder Group in Miami Beach. “In the advertising, you’re seeing the term ‘large estate.’ They’re using different vocabulary because it still seems too big if you’re getting a mansion, but it’s not big enough if you’re getting the jewel box.”

Larger properties are moving on the market—fast
Whatever the terminology, extra-large properties that might have languished on the market in recent years are seeing a sudden spike in interest, while owners who had previously considered downsizing are suddenly deciding to stay put.

“We’re seeing a renewed interest in homes that were once considered high maintenance,” said Chip Murphy, regional vice president of Hunt Real Estate in upstate New York. “We have an 11,000-square-foot lakefront property that’s in contract after sitting for two years. We received multiple offers [in the past month] without a price change of any sort.”

In the Los Angeles area, luxury condos that had generated brisk business pre-pandemic are “kind of sitting, with not that many requests for showings,” said Beverly Hills-based agent Rochelle Maize. On the flip side, a Malibu estate once owned by actor Robert Conrad sold immediately after coming on the market at the end of May.

“That was a $5.2 million property, and it sold in the first day,” Ms. Maize said. “Malibu usually takes longer.”

Properties in New York’s Hamptons that had stalled on the market for years have now closed, said Compass agent Evan Kulman, and clients that were previously comfortable in 2,500 or 3,000 square feet are now looking to bump up to 4,500 or 5,000.

The same effect can be seen in other vacation home markets, as well. “I got a text from one of our brokers in Vail, Colorado saying, ‘The world has gone mad and we’re selling large properties,’” Ms. Anton said. “Specialty spaces [such as gyms and home offices] had already been an interest, but now they seem to have really emerged with a vengeance, and that’s driving square footage.”

Buyers prioritize private spaces for the whole family
Amenities that have been discussed since families first started sheltering in place—home gyms, multiple home offices, media rooms, and at-home “classrooms” for the kids—are now influencing buying trends, and the drive toward larger footprints.

Now that buyers are looking at the long haul of multiple generations working, studying, exercising, and living under one roof, demands for space have expanded accordingly.

“The definition of home has changed over the past few months, and space is a key component of this,” Mr. Kulman said. Homes “have to be larger because of what’s happened in the world. They need to include one or two offices, a kids’ playroom, plus an area where they can study and do home schooling. Many clients are feeling like they need more space than what they thought they needed in the past.”

Outdoor amenities replace public space
The drive toward extra space is also reflected in newly heightened demand for large swaths of land, the better to build amenities such as pools and athletic facilities.

“I’ve had more requests for tennis courts than I’ve had in the past five years,” Mr. Hertzberg said. “And it used to be maybe once every few months I’d have a person say ‘I need a lap pool, and it needs to be this big.’ Now it’s on a weekly basis, and they won’t even look at properties without them. People are looking at it like it’s their compound.”

With health clubs and kids’ outdoor activities having been closed for months in many areas and the future of reopening and a potential second wave of the virus still up in the air, the thinking goes, it’s worth shouldering the high upkeep costs to bring all those facilities onto one’s own private property.

“I had seen a trend where some families were buying homes with very small backyards before this—the thought process was that the kids were spending so much time at outdoor activities, schools, basketball games, that they didn’t need that space at home,” said Laura Sweeney, a Compass agent based in Houston. “And now it’s just been a reversal.”

Some buyers are also willing to get creative, purchasing empty lots adjacent to their main properties so they can build outdoor amenities, or compromising on location for the sake of extra acreage.

Larger homes are making a comeback.

In Malibu, Ms. Maize said, some traditionally desirable waterfront properties have lost ground to listings that are located on the other side of the Pacific Coast Highway, which are less convenient to the ocean but have two or three times the outdoor space for extras such as pools, spas, outdoor kitchens and volleyball courts.

“People are willing to allocate more resources to get their compound home base,” Mr. Hertzberg said. “A lot of buyers are thinking this is not a summer trend, this is something we’re looking at for years.” For info please go to https://webuyallkindsofhouses.com/big-homes-had-fallen-out-of-favor-then-came-the-coronavirus-pandemic/

The post While Not Quite McMansions, Larger Homes in the U.S. Are Making a Comeback appeared first on Real Estate News & Insights | realtor.com®.